All our online classes are running smoothly and all our Trainers & Counselors are available to address your queries. Stay safe and keep learning from home.
www.mindmineglobal.com > Guides > Study Abroad in UK > Best university for media and film studies in UK

Best university for media and film studies in UK 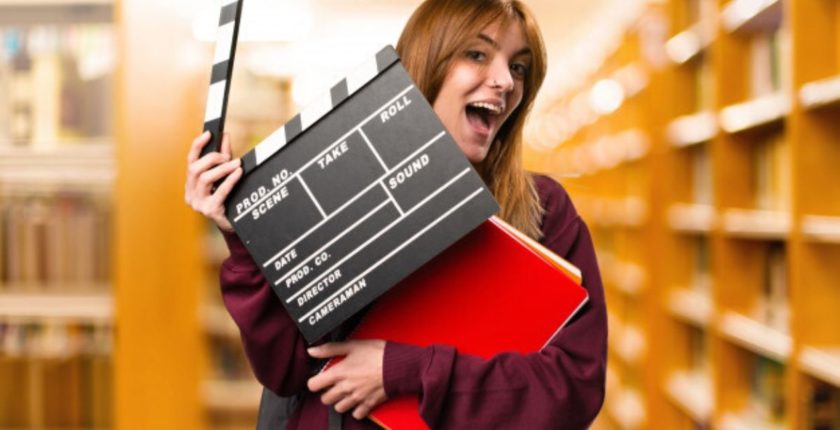 Are you a movie buff? Do you watch every last detail of the movie that pans through the screen? If you carry the fire of storytelling and love to make movies, Film Studies is your door to a great career. We curated some of the best university for media and film studies in UK for you. Let’s check them out.

Film studies aim to teach you the theoretical and critical approaches to film. It introduces to you the history of cinema. The course also helps you analyse movies from different perspectives. It further takes you to look critically at the narrative, artistic, cultural, and even political impact of films.

Students can learn about the types of films, how to read and write about them creatively. They get to know about the role of producers, screenwriters, directors, actors. You get to learn about the the importance of the audience in cinema. It is an exciting course that opens up a new perspective on films.(source)

Best university for media and film studies in UK

So why do your film study in the UK? Undoubtedly, the UK has always been at the forefront of legendary and influential movie making. The country produces some of the best pieces in cinema. It has a stellar cast of filmmakers and actors. More importantly, the community of Film studies in the UK is strong and thriving.

Professor of Film and Television Studies at UCL University, Stella Bruzzi, says “Cinema is not only entertainment: it’s the art and cultural product of our time. For anyone passionate about history, texts and images – and how to interpret them – film studies is the ideal course.”

The universities are some of the finest institutions for film and media studies. Let us look into what courses are offered at the best university for media and film studies in UK:

Why opt for film studies?

In the digital age, film production is one of the most relevant and attractive careers opportunities.

The likelihood of finding good employment is also high. A film studies course will bring you job opportunities, both in your home country and abroad. Life will be spontaneous with chances to travel, explore new places and meet people from different cultures. You can also earn considerably large financial assets in this field. (source)

The industry is also fast-changing, and one needs to keep up with it to remain relevant at all times.

Some of the best colleges that offer Film Production courses in the UK are:

London Film Academy is located in the beautiful city of London. The place is also a haven for higher education. The London Film Academy is an institution of academic excellence in teaching and research. It is one of the best university for media and film studies in UK. If your mind is set on a film production career, this school gives you the right momentum to go further. The film courses here are relevant and modern. It gives you a complete set of skills and knack to sail through this industry.

The main are film courses offered by London Film Academy are

They also have offers specialised short courses in Filmmaking available.(source)

A leading institution of films in the UK, University of Kent is one to look out for. It was founded over 30 years ago. The school is known for world-renowned professors who will pack in the right knowledge for your success. Film media production courses at the University of Kent are:

The University of Warwick’s renowned Department of Film and Television has been traditionally ranked No 1. It boasts of high-quality education. The curriculum flaunts an innovative, market-oriented and award-winning array of courses.

A vibrant student community and the best professors in this field makes the place a creative hub. The University’s modern facilities help you practice, test out your skills and conduct research too.

Film Studies courses offered at the University of Warwick are

Film studies courses here are the perfect blend of practice and theory. Here you can hone your skills by identifying your flaws and fine-tuning your filming skills at your pace.

The degree courses in Film Studies at the University of Essex are:

King’s College London offers some great courses in film studies. You will get a well-rounded education in film theory and the chance to get hands-on with film production.

The best Scottish University for film studies is The University of Stirling. The courses here go in-depth about each topic. The main subjects taught are video editing, audio production and  scriptwriting. You can either do a single honours degree or you can expand your spectrum by attending joint degree courses.

The following are the film studies courses at the University of Stirling:

Students who have high talent and interest in filmmaking prefer the University of Hull. Their programs in Filmmaking are perfect and offer a comprehensive approach to the art of filmmaking.

Film courses available at the University of Hull are:

The film study courses at Middlesex University prepares you to work in different film-related settings. The study modules here are flexible and well-researched. It gives you full coverage of all the aspects of filmmaking. The school gives you the freedom to select your pathway. You can also find skills that you want to improve and work on it.

The University offers two types of Film production. They are:

Get to learn the fundamentals of filmmaking alongside the best academics in the country. You get to learn about the advanced aspects of filmmaking. Extensive practice and engaging discussions are part of the course. Engaging with peers and professors will boost your communication skills which are important in the film industry.

The Film production courses offered at the Liverpool John Moores University are:

What does the course on film studies teach you? A film degree will focus both on theory and criticism. The theoretical analysis helps you locate and understand a film through cultural studies. It deepens your understanding of films and the relationship between film and gender. It also defines different styles of writing and directing. Depending on what course you pursue, it teaches you to sharpen your skills in filmmaking and appreciation.

Specifically, each of the Media courses examines how films communicate with an audience. This, in turn, shapes a society. The question of ‘does the media reflect society or does society reflect the media?”, will be dealt with throughout the course.

Mostly, film/media studies degrees are theoretical. It aims at understanding how cinema communicates with the audience. You will learn about linguistics and semiotics. There will also be classes on how communication intermingles with culture, politics and history.

Film studies students will be taught about the development of cinema. It also deals with how film is a cultural and industrial phenomenon. There will be modules on technological change in the industry through different periods( for example, the era of special effects). The courses also offer an introduction to key movements and genres. (Source)

There are also vocational degrees, where you will test out the theory and practice your skills. These can be in writing news stories, working in a studio, producing audio and visual work. Students keen on practical courses can look at degree programmes like journalism or film production.

The classes will be an exciting mix of lectures, seminars and workshops. Practical degrees will introduce you to new technology (editing suites, video cameras). It will hone your creativity through written, visual or audio work. You will learn to conduct, direct and film an interview, record dialogues, or learn how to write a feature.

You will have to study film independently and being a motivated self-starter is a bonus.

Unsure about travelling all the way to the UK for film studies? There are distant film studies courses in UK for you. Some of the best university for media and film studies in UK that offer distant courses are:

The prospects for a film graduate are endless. Once your degree is complete, you can start working by assisting a film/video producer. You can also take up roles as editor, researcher, or work in film marketing. There is also opportunity in PR, media production, publishing, filmmaking, arts. Events management and community broadcasting are also an exciting field to tap into.

But getting a job in the media or film that suits you isn’t easy. It is a tough business. Since it is a popular career path among youngsters, the competition is fierce. Getting your full-time job will need a lot of work experience.

When working in the media industry, you need to pitch story ideas or land a gig with a TV company. You may even contribute to an Ad to put something a that make you stand out on your CV.(source)

Film studies is an exciting and highly prospective course to pursue if you have an interest in it. You must be sure of what field, i.e., production, direction, writing or editing, is your field before you jump in. You can switch to the field that suits you best in the course of study. But it is best to set your mind so that you can streamline your learning. Looking out for job opportunities during the final years of your course will make it easier for you to land a good job as you complete your course. Mindmine offers a free consultation to students who want to pursue film studies in the best university for media and film studies in UK.

Benefits of Studying in the UK
Study Abroad in UK,

Mindmine Global is a division of Mindmine Academy Private Limited (ISO 9001:2008 certified organization) founded by a team of highly qualified professionals having decades of experience in education and counselling, and are passionate about providing innovative solutions to the new age learners. We are dedicated to promote and provide professional counselling and mentoring for Immigration and Study Abroad opportunities. We assist in providing Visitor Visa or Tourist Visa as well. We also help the students & professionals to prepare for the exams like IELTS, TOEFL, PTE, SAT etc. We have experienced faculty certified by British Council and IDP for IELTS, certified by Pearson for PTE Academic test and by iBT for TOEFL.